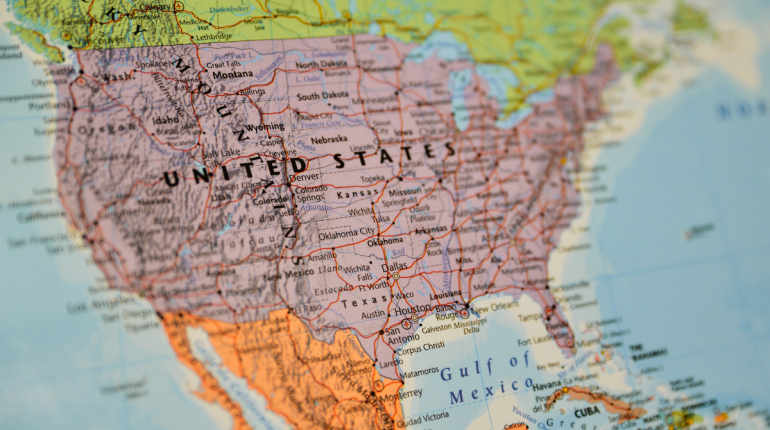 Far from being clear-cut and simple, state tax codes across the US are full of laws that are often confusing, occasionally funny, and sometimes downright strange. Every state has a few odd laws: some that benefit the taxpayer, others that cost them. Here are 15 of the strangest tax laws we found in the U.S.

California: An Apple a Day Could Cost You

In the Golden State, fresh fruit bought from grocery stores is tax exempt, but when it is bought from a vending machine it is subject to an additional 33% in sales tax! So if you’re in California, stick to grabbing that candy bar from the vending machine and buy your fruit from the supermarket instead.

Colorado: Don’t Put a Lid On It

In an effort to protect the environment, Colorado places a tax on unnecessary packaging. This is an honorable concept, but in practice it can result in odd situations. For instance, disposable coffee cups are deemed necessary and are tax-free, but lids are considered unnecessary and are subject to tax (along with straws, cup sleeves, and other miscellaneous related items). So when you grab your coffee to go, you have a choice – risk spilling it in your lap or contribute an extra 2.9 percent tax for the lid!

Hawaii loves its trees — especially those that have historic or cultural value, or are otherwise considered worthy of preservation due to age, rarity, location, size, or aesthetics. The state offers a tax deduction of up to $3,000 for each tree, which can be used for tree maintenance and upkeep.

In Illinois, candy is complicated. Sweet treats that contain flour are not considered candy, according to state tax law. As such, candy bars like TwixⓇ or KitKatⓇ aren’t subject to the state’s candy tax, but other treats like M&M’sⓇ and Mars BarsⓇ are. The moral of the story: choose that midday snack carefully to avoid paying extra in sales tax.

Kansas: Up, Up and Away…Or Not

Maine’s wild blueberries are well known — in fact, if you’ve bought wild blueberries anywhere in the U.S., there’s a good chance they were from Maine. The Pine Tree State levies an additional 1.5 cents per pound sales tax on the fruit, using the money for continued promotion and research for wild blueberries, as well as supporting the Wild Blueberry Association of North America. Something to think about over your next blueberry muffin.

If you’re taking a road trip to Massachusetts, leave the booze at home. The state requires a special permit and fee to bring alcohol inside state lines that was bought elsewhere (unless it’s intended for resale). So you’re better off grabbing that bottle of wine in state.

Missouri: Marriage or Else

In 1820, Missouri passed what they called a “bachelor tax”, charging single men between the ages of 21 and 50 an annual tax of $1 (the equivalent of about $20 today). Originally intended to encourage young men to settle down, the law is still on the books today (though it’s no longer enforced). Can you imagine?!

Nevada: You Can Bet On It

Taxpayers in Nevada, where gambling is legal, receive a deck of playing cards for every filed tax return. The state offers this as an incentive to encourage residents to file their taxes. Bonus fun fact: On the other end of the spectrum, Alabama charges a 10 percent sales tax per deck of cards!

New Hampshire’s tax code includes an excavation tax of $.02 for every cubic yard excavated. The tax is primarily aimed at industrial efforts, but individuals are not exempt — the tax is due even if you’re giving the dirt away for free!

In New Jersey (and several other states), pumpkins used as food are tax-exempt, but those used for decoration are taxable. If a pumpkin has been painted, cut, or sold as decoration, it is subject to sales tax. In other words, your jack-o’-lantern is taxable but the pumpkin for your pie isn’t.

The retirees who flock to New Mexico for the warm climate have an incentive to stick around. In addition to tax breaks for those over 65, residents of the state who are over 100 years old and not claimed as a dependent are exempt from income tax.

New York: To Schmear or Not to Schmear

New York takes great pride in its bagels, and rightfully so — they are delicious! But a tip from the locals: if you buy your bagels prepared in any way (spread with cream cheese, topped with lox, or simply sliced), be aware that you will pay the 8.875% in sales tax that the state charges for prepared foods. Unsliced bagels are not considered prepared food, so are exempt from this tax.

In Texas, if you want to dress like a cowboy, you may want to shop for some of your gear out of state. The Lone Star State charges sales tax on belt buckles, but not the belt or cowboy boots to go with it.

Minnesota: Not So Nice For Fur

Lest you think Minnesota is void of odd tax laws, we certainly have our fair share! We’ll offer a more complete list of Minnesota’s strange tax laws in a future post, but as a preview, did you know that Minnesota charges sales tax on furs, even though all other clothing is tax-free? The tax doesn’t apply to fake furs – just the real deal. So if you were considering a fur coat, you may want to find another way to stay warm this winter.
Tax laws are not always this entertaining — they can often be confusing and frustrating.

Wood CPA offers tax planning and preparation services to help you navigate state and federal tax laws and file your taxes. Contact us today for all of your tax needs, including 2021 tax preparation, quarterly tax payments, payroll tax questions, and more.